Thassos is the most northern island of the Aegean sea, also known as “emerald”. This nickname was given because of the rich vegetation of the large forest areas of the island. Olives, pine trees, fir, linden, cedar, and other domestic and wild trees cover the small plains to the peaks of the mountains. For that reason, Thassos is considered the greenest island in Greece. The island is also known for its wood product which is one of the main sources of income of the citizens of Thasos, alongside tourism. Residents of the island are also occupied with oil production, beekeeping, wineries, and marble extraction. The impressive white marble of Thassos is known since antiquity.

Because of its great history, Thassos is rich in archaeological and historical monuments. Most of the findings that have been preserved until nowadays are available at the Archaeological Museum, located in the town of Thassos. The walk towards the surroundings of the Ancient Theatre and the Ancient Agora is also amazing and every year there are separate festivals and theater performances to watch! Do not also miss to visit the famous museum of the sculptor Polygnostou Vagi in village Potamia as it would be a unique experience for fans of this content, just a few kilometers from our hotel. Many visitors also prefer to visit the Monastery of Archangel Michael which is located after the beach of Aliki, on the main road Potamia – Limenaria (45 kilometers). A very special attraction is the remain of the Holy Nail, one of those that were used in the crucifixion of Christ. Another wonderful option is Panagia village (which is very close to Porto Thassos), as it is regarded one of the nicest mountain villages of the island.

Crafted in a natural cavity of a hill in the town of Thassos, lies the ancient theater. The first excavation was made by the French Archaeological School in 1921 and brought to light the auditorium, the orchestra, the lanes and a part of the scene. At the beginning of the 3rd century, the scene was built with a marble facade and was dedicated to Dionysus. In the 1st century, the theater was used for gladiatorial contests, the orchestra was transformed into an arena and doors has closed lanes. At that time the seats were refurbished and many have engraved names.

The monastery of Archangel Michael is situated in the southeast part of the island and its distance from the port is 33 km. It is built on a cliff above the sea, overlooking the Aegean Sea and Mount Athos. It is a nunnery and spiritually dependent on the Athos monastery Philotheou. The attraction of the monastery is the Holy Nail, part of the nails used in the crucifixion of Christ. 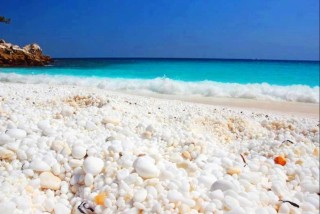 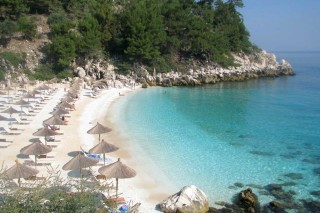 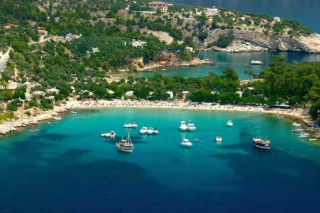 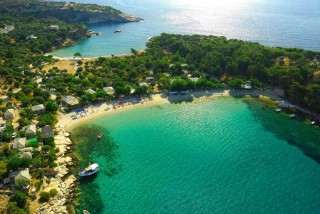 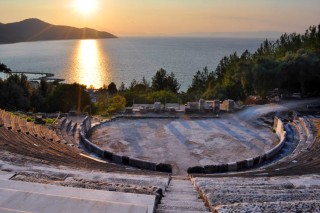 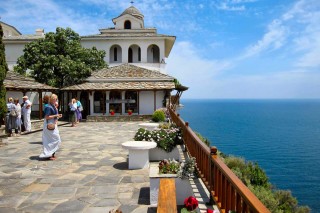 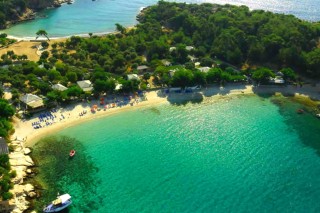 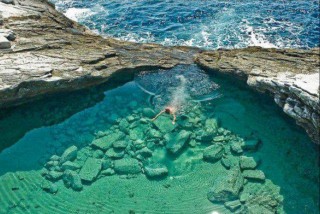 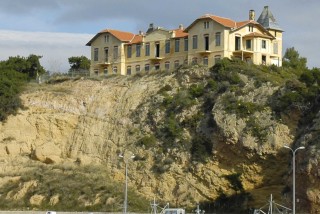 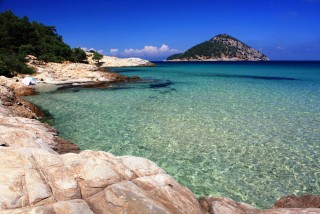 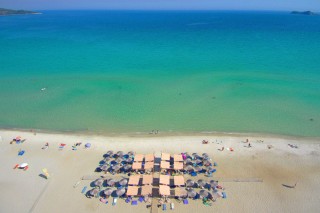 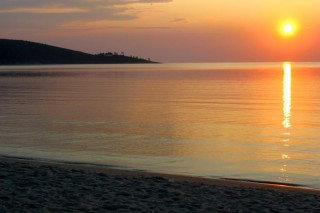 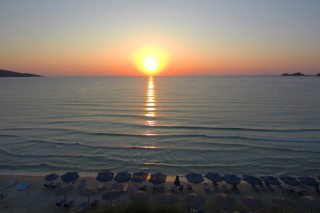 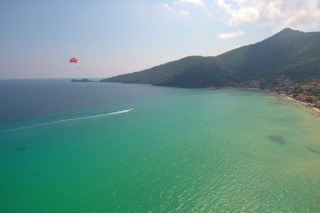 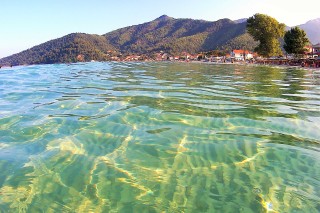 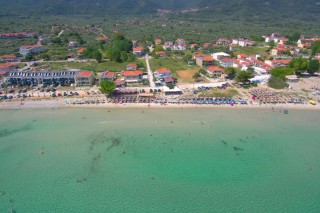 One reason that makes Thassos worth visiting are the beaches, whose coastline reaches 115 km and their main features are crystal waters and sandy shores. Prepare to experience the most special dives!

Chrysi Ammoudia beach is located in the eastern side of Thassos and is the lengthiest beach of the island (3.5 kilometers long). The main feature is the golden sand and it resembles a real paradise. The beach attracts many tourists who can enjoy a relaxing swim at the Golden Beach is organized with sunbeds and umbrellas.

Thassos is full of olive trees and the production of oil is one of the main occupations of the local residents. At the end of the 18th century, however, there was a gradual decline of viticulture in relation to the growing culture of olive. From the local producers, as well as the shops in the area, you can buy olive oil and olives in numerous varieties.

Beekeeping is highly developed in Thassos island. The melliferous liquid of pine and flowers of strawberry, myrtle, willow, and chestnut are a rich good of the bees that collect the nectar of the flowers and other natural juices and secretions. In the later years, the beekeepers of Thassos are using the most environmentally friendly processes and respect nature. You can also buy from independent producers at every point on the island. You can also find other products and by-products of honey which are very interesting.

It’s the region where we offer you the opportunity to enjoy your family vacations. Near Porto Thassos, you can find restaurants, Greek taverns, mini markets and as well as tourist shops at the beach Chrysi Ammoudia- Golden Beach.
The fastest and shortest ferry route to Thassos is from Keramoti and it is the most popular way to get here during the summer months as there are departures every half hour and the journey time lasts only 35 minutes.
We use cookies to offer you a better browsing experience, analyze site traffic, personalize content, and serve targeted advertisements. If you continue to use this site, you consent to our use of cookies.
Cookies Policy
Settings